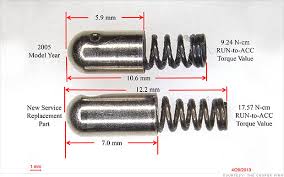 Any time we buy a product, we should expect that it’s safe to use. This goes especially for things where failure of the product can result in serious harm, like food, or toys for children, or the vehicles we drive. This responsibility of the manufacturer does not end when the product leaves the factory floor. They should be accountable for any injuries or deaths caused by their products — but that does not happen without the help of a qualified attorney to fight for the rights of the consumer.

General Motors recently added 8.2 million vehicles to the list of cars being recalled due to faulty ignition switches. All in all, that brings the total for 2014 to 29 million, which is 7 million more than all recalls by all automakers in the previous years.

There have been three deaths, eight injuries, and seven crashes which involved the models of vehicles being recalled, but there is no conclusive evidence that the accidents were due to the faulty ignition switch.

The ignition switches in these cars would turn from “run” to “accessory” without warning, which shuts down the engines. Without power steering and power break, the driver can no longer control the vehicle. This also does not allow airbags to inflate if the car crashes. According to GM, they knew this may have been a problem more than 10 years ago, but only began to recall the vehicles in 2014.

Government agencies, including Congress and the Department of Justice are investigating GM. The company has already paid a $35 million fine to the National Highway Traffic Safety Administration because of their failure to inform the public of the ignition switches in a timely manner.

If you’ve suffered due to the negligence or carelessness of another, it is your right to receive compensation. We can help you get it at Auger & Auger. Contact us now for a free consultation. We won’t charge you any fees until we get a settlement for you.