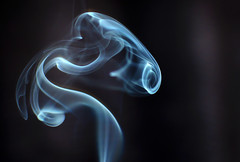 Citizens have a right to bear arms in this country, but that also means they have a responsibility to handle their weapons safely and within the laws of the land. Guns are extremely dangerous in the hands of unskilled individuals, and can easily kill or maim someone else if they are mishandled.

One Georgia man was lucky in an incident involving a gun in a restaurant. A 22-year-old was carrying a gun between his belt and his pants while at a restaurant in northeast Georgia. When he tried to get his wallet to pay for the meal, a finger got caught on the trigger. The gun went off and sent a bullet through the seat and off the floor. The bullet was found on top a chair. Thankfully no one was hurt.

Police were called in and they confirmed that the man had a permit to carry the weapon, but I bet he received quite a lecture on gun safety! He may be held liable for the damage if the restaurant takes him to small claims court.

While this will be a funny story a few years from now, most gun accidents leave damage that can last a lifetime. Living with an accidental gun injury or having a loved one taken due to a mishandled firearm is tragic. If you have been injured by a gun, you may be eligible for compensation. Call the law office of Auger & Auger today for a free consultation about your incident.