Home › Blog › Driving on the Edge of Neptune

Driving on the Edge of Neptune 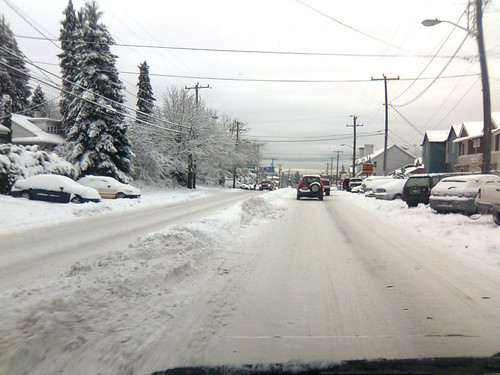 The cold will be rolling in to North Carolina this week thanks to winter storm Neptune. Unseasonable lows will mark the beginning of the week warns the National Weather Service. It is expected that Monday will be cold and Tuesday even colder. The low temps may bring a bout of snow and ice on their heels.

Winter-slicked roads are a hazard for any driver, but are especially dangerous for people who live in areas of the country that aren’t known for harsh winters. Here are some cold-weather driving tips for all of us here in North Carolina who aren’t typically forced to drive through snow and ice.

Stay Home
People who have to go to work and even school may not have the luxury of staying home, but if you can avoid going out, do so. The fewer people on the road, the safer driving will be for those who must brave the weather to get where they need to go.

Keep Your Distance
Your car does not perform the same on ice and snow as it does on dry pavement. Slick roads make stopping quickly difficult to say the least. Ignore the old-standby of keeping a car length between you and the car ahead of you. Keep three or four car lengths between you instead.

Tap Your Brakes
If your car is not equipped with an anti-lock braking system, tap the brakes gently before you get to an intersection to get a feel for the traction on the road. If your car does have an ABS system, gently squeeze the brake and let the system do the rest. Knowing how to brake on slick roads can keep you from careening into the middle of an intersection.

Steer Correctly
If you start to skid on the road, do not slam on your brakes. Instead, let off of the gas and steer your car gently in the direction you wish to travel. This is easier said than done as most people panic when they begin to slip and slide. Do your best to not make any quick or harsh movements.

Your chances of being involved in an auto collision during winter weather are greater than any other time of year. Keep your wits about you as you head out on the road this week. Keep your speed down, stay well behind the car in front of you, and don’t forget to turn your headlights on – even during the day!

If you have been injured in an auto accident any time of year, the experienced lawyers at Auger & Auger are here to help you. Give us a call today and we will speak to you at no cost. Let us help you get the compensation you deserve.