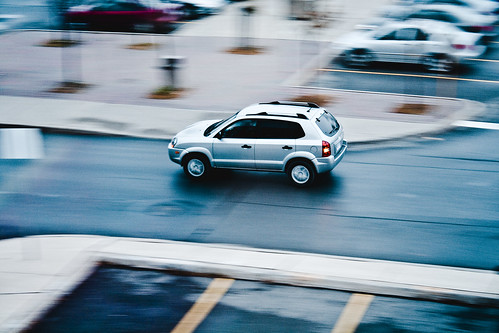 Raleigh, N.C. – A Christmas Eve tragedy claimed the life of one teenager and injured several other people.

The accident occurred in the early afternoon of Christmas Eve on Capital Boulevard in Raleigh. The driver of one of the vehicles involved, Aaleyah Russell, 18, was traveling more than 10 mph above the 55 mph speed limit when she hit a puddle, hydroplaned, and lost control.

The vehicle driven by Russell, a GMC SUV, crossed the median and was hit broadside by a Ford pickup truck driven by Gregory Adams, 43.

The collision occurred near Simms Creek Road. Russell’s passenger, her brother Ashanie Russell, 19, was pronounced dead at the scene of the accident. A second passenger in the SUV, Michael Gregory, 14, was seriously injured.

Adams and his passenger, Colton Foster, 8, were also injured in the crash.

Early reports indicate that slick road conditions caused by foul weather were a factor in the crash. The collision remains under investigation.

Controlling Your Vehicle During Wet Weather

Hydroplaning, or aquaplaning, occurs when your tires encounter more water on the roadway than they can scatter. The water pressure in front of your tires pushes water under the wheels, reducing or eliminating your tires’ contact with the surface of the road. The resultant loss of traction causes issues with braking, steering and, ultimately, control of the vehicle.

Vehicles are most susceptible to hydroplaning during the first 10 minutes of a light rainfall. Unlike a hard, pouring rain that runs off the roadway, light rain puts a fine coating of water on the road. That coating mixes with oils on the road, causing slippery conditions.

Many drivers mistakenly believe that it is only at high speeds that hydroplaning is a risk. The fact is that as soon as your car exceeds 35 mph, you are in danger of losing contact with the road, putting yourself and everyone else in danger.

You can avoid hydroplaning by following these tips:

If you have been involved in an automobile collision, you have rights. Contact the knowledgeable, experienced attorneys at Auger & Auger for assistance with your case. We will review the details and tell you if we can move forward. Initial consultations are provided at no charge to you.