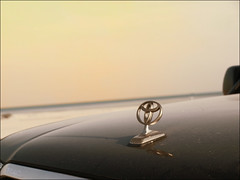 NEW YORK – If you drive a Honda, Chrysler or Toyota, pay attention! Your vehicle could be one of the more than 2 million that is part of one of the nation’s largest recalls to date.

Announced late last week, millions of vehicle owners are being sent notices to have their cars and SUVs serviced yet again. According to the National Highway Traffic Safety Administration (NHTSA), millions of models made from 2002 to 2004 may have faulty airbags that affect your safety in a collision.

Sound familiar? It should. This is the second round of recalls for the exact same problem. The NHTSA says that even if your vehicle was repaired during the first recall, your air bags may fail 85% of the time. Why? Because efforts to fix the problem failed.

The government body has informed the public that the second repair will fully replace the faulty unit that controls the air bags. The first recall only partially replaced the electronic control. If you have not had your car repaired under the first recall, you are urged to do so. It may take some time to have every vehicle serviced under the second recall, and a partial replacement is at least a temporary fix.

Says NHTSA Administrator Mark Rosekind, in part, “…their families will be safer if they take the time to learn if their vehicle is covered and follow their manufacturer’s instructions.”

To date, approximately 39 air bags have deployed without cause.

As if this second round of recalls is not frustrating enough, close to 1 million owners are also being presented with a second one: Toyota and Honda vehicles may have been outfitted with air bags that deploy with enough force to cause death.

If you have been injured due to a faulty air bag or if an air bag has deployed, causing you to collide with another vehicle, contact the experienced attorneys at Auger & Auger. We can examine your case and get you the compensation you deserve.