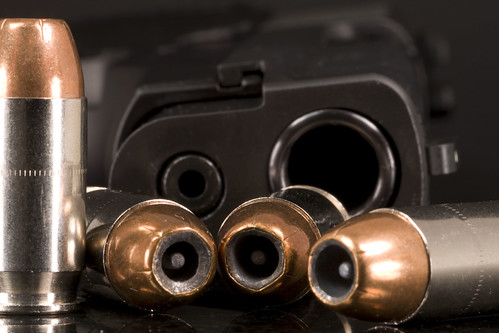 According to authorities, this was the 24th weapon found in carry-ons in airports across the country. Other items seized, according to the federal Transportation Security Administration, include novelty grenades, knives, and stun guns.

Many flyers are unaware that passengers are permitted to travel with handguns, provided they are kept in checked baggage and cleared with the airline.

The TSA makes it clear that not everyone with a weapon has nefarious intentions. It is often good people who make a mistake. Unfortunately, these mistakes lead to slowdowns and congestion in the nation’s airports.

At any time, you may be in a room, on a plane, or riding in a vehicle with someone carrying a handgun. Because North Carolina is a concealed carry state, news like this serves as an important reminder about gun safety and concealed carry laws in the state.

Persons desiring the permission to carry a weapon within the state of North Carolina are required to acquire a permit. A Pistol Purchase Permit or Concealed Handgun Permit must be sought and obtained. There is no firearm registry with the state, negating the need for anyone with a permit to register their weapon.

There is no limit to open carry laws, however, some local ordinances prohibit open carry in certain establishments, institutions, and public spaces. Federal rules must be followed as they pertain to suppressors and silencers.

Anyone who owns a handgun legally and responsibly is typically aware of basic gun handling safety. It is beneficial for anyone in a concealed carry or open carry state to be aware of the same basics.

Gun safety basics are important for anyone to understand. If you do not know how to handle a gun properly, or if you come across a gun that is not your own, the best rule of thumb is hands off.

If you or a loved one has been injured by a gun due to someone’s negligence or firearm failure, contact the knowledgeable attorneys at Auger & Auger. We are here to fight for your rights! Call now.