Two Men Shot Outside of Bistro 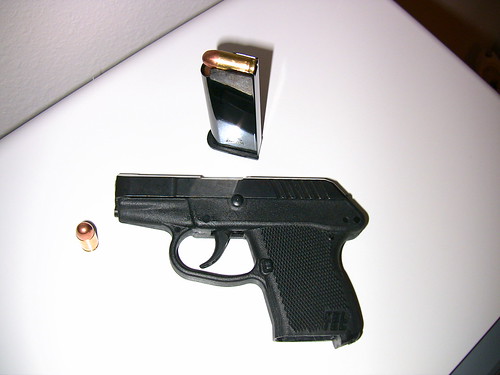 Officers responded after being called to the area just after three in the morning. According to those on scene, Hasson Harris, 36, received a bullet wound to the leg, and Emiliano Dunton, 24, was shot in the neck. Both of the injured parties were taken to WakeMed for emergency medical treatment.

Keyon Evans, also 24, was arrested and charged with two counts of assault with deadly weapon with intent to kill inflicting serious injury. As of this report, Evans was being held on a $1 million bond.

Police say that all three men are from Oxford.

No witnesses to the shooting have come forward. The manager of the bistro told WRAL news reporters that there had been a comedy night Friday. Unfortunately, the manager did not see anything outside leading up to the shooting.

Anyone who has information about the shooting is being asked to call the Raleigh Crime Stoppers at 919-834-4357.

Injured by a Gun?

You do not have to be the target of a criminal to be injured by a gun. In today’s day and age, people in any walk of life may be at danger. Students, workers, and other members of the general public have all found themselves victims of gun violence. It is an unfortunate condition of today’s society.

Since 1995, citizens of North Carolina have been granted the legal permission to carry weapons. Concealed carry laws ascertain that people who wish to carry must take an approved course, pass an exam, and obtain and maintain a license in addition to passing a stringent background check.

In 2013, a bill was passed allowing the transmittance of weapons into restaurants and bars, provided the carrier has a concealed weapons permit. This means that you do not know who around you may or may not have a weapon.

In the majority of cases, people are not in danger of persons carrying a weapon legally. It is those who have obtained weapons illegally that assault and, in the worst cases, kill individuals. If you have been injured by a gun at the hands of another person, you have rights.

At Auger & Auger we have experienced attorneys who can help you get the compensation that you deserve.

When you have been injured by a gun or other weapon, you may be called as a witness to testify in court. The person brandishing the weapon may be found guilty of a form of assault, but should the case end there? We do not think so.

If you or a family member have been injured by a gun, you should receive fair compensation. Our personal injury lawyers have the knowledge and experience to help you and your family. Please do not hesitate to contact us at your convenience. We are here to fight for what you deserve! Call now!