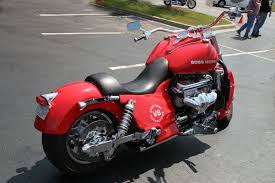 Early Saturday morning, sometime shortly after 5 am, Jorge Jimenez-Feliz was driving a white Dodge Caravan. For some unknown reason, he crossed the double yellow line while driving down North Tyron Street in Charlotte.  When he did that, he ran head-on into Jessie Garza who was driving his 2008 Yamaha motorcycle in the opposite direction.  As a result of that crash, the bike hit another vehicle that had stopped when it saw the collision.

The drivers of both cars were uninjured, however, according to investigators, Garza died at the scene of injuries incurred in the crash.  Jimenez-Feliz has been arrested and charged as a result of the accident, although investigators currently do not believe that alcohol or speed were factors.

Car accidents are always traumatic and can be nerve-wracking.  In the wake of these devastating incidents the last thing you need to worry about is trying to handle your own injury claims.  The personal injury lawyers of Auger & Auger have over 20 years of experience of fighting aggressively for the rights of the injured and the innocent. If you have been injured in an automobile accident, let our Charlotte motorcycle lawyers do the fighting for you.