As difficult a topic as it is, it’s important to be aware of the dangers that surround us and how to deal with the aftermath when those dangers take the life of a loved one. It’s far better to be prepared for these painful events than to be taken by surprise.

When a loved one is taken from you due to the negligence of another person or organization, you may want to do everything in your power to make sure … Read more

Man Who Left Vehicle to Check on Driver Struck and Killed.

Getting into a car accident can be a traumatic experience.  As a driver, you want to know what’s going on, and you want to know it as soon as possible. Are there damages?  Is anyone else hurt? What will my mechanic say?  These are all questions that come up right after the accident.

Sometimes, however, something even more devastating happens right after the accident.  In this case, a man had gotten into an accident on I-77 North.  He was near … Read more

Posted In: Car Accidents, In The News, Wrongful Death

Survivors in Deadly Bus Crash Return to Say ‘Thank You’

You may remember a tragic bus accident that made headline news about a year ago in Jefferson County Tennessee.  Recently, a feel good story was also covered for this tragic event.

Nine months post-crash, the twelve survivors of the deadly bus crash traveled back to Jefferson County to thank all of the first responders and doctors who assisted in saving their lives.  The scene this day was so much different than the panic and chaos of nine months past.  Today, … Read more 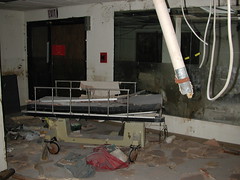 In a story that’s still developing, a mother and son were found hurt in a shooting accident in Durham on Lucas Drive. They were found in a vehicle by police.  No further information was given about who might have done it or the current status of the victims.

When people are the victims of violent crimes, there are a lot of questions that need to be answered. Who did the deed? How will they receive justice? Who will pay … Read more

Recently, an article in The Huffington Post confirmed what our North Carolina personal injury attorneys had known for years. People either just do not “see” a motorcycle because they are looking for a car, truck or they misjudge its speed and distance.

Accidents involving a car, truck or any other vehicle usually results in serious injuries or death to the motorcyclist. They are vulnerable because they have little or no protection other than a helmet, if that, and impact with … Read more

In October 2012, six North Carolina state lawmakers visited Texas in a continuing effort to understand the issues that we will face when fracking begins here. In the summer of 2012, the legislature narrowly voted to allow fracking in North Carolina. It is reported that there is a concentration of some 1.7 trillion cubic feet of natural gas in or around Lee, Moore and Chatham counties.

“Fracking” is an industry slang term meaning hydraulic fracturing. This is a method whereby … Read more

North Carolina Highway Patrol has found that 16 year old Taylor Clark was texting when she caused a head-on collision, killing 17 year old passenger, Seth Beaver. Clark has been charged with misdemeanor death by a motor vehicle, failing to yield, and texting while driving.

A drunk driver was killed and 6 other people were injured in a Charlotte, North Carolina car accident on Saturday. According to witnesses, David Cleary was seen weaving and speeding before he crossed the center line into oncoming traffic, striking another vehicle. Cleary’s passengers, his girlfriend and her young children, were seriously injured in the crash. The driver of the car that Cleary hit, Richard McDonald, also had children in his car and he was also charged with Driving While … Read more