Reasons People Use to Skip Commuting by Bicycle

Have you ever wondered why more people don’t choose to commute to work or school by bicycle? It seems a valid option, particularly when living in a big city. You may think that people are just too lazy to pedal on two wheels instead of driving four, but you may be wrong. Here are the top five reasons people give for sticking with the car.

The number one reason often given is the danger factor. There is undoubtedly … Read more

Now that the weather is warming up, you may be thinking of pulling the bicycles out for you and your family. If you plan on riding through your neighborhood or down city streets, there are laws that you should be aware of. According to traffic laws in North Carolina, bicyclists must: 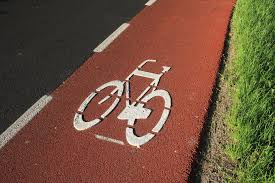 Another bicyclist was injured in an accident on Thursday morning and now the city of Winston-Salem really wants to do something about it.  The city is focusing on bicycle safety and has plans in place to create more bike lanes and greenways as well as creating more shared lanes for both muscle powered and engine powered vehicles.  “The goal is to build a full network of bike lanes and greenways so that no matter where you’re going, you have the … Read more

Posted In: Bicycle Accidents, In The News

May Is National Bike Month

With the month of May being National Bike Month, and the onset of warmer weather, more cyclists are taking to the roads. The prudent driver will exercise caution when encountering a bicycle rider.

A bicycle is considered a vehicle by North Carolina Law and cyclists are required to obey the same rules of the road as the driver of a car or truck.

Often times, however, automobile drivers do not treat cyclists as fellow motorists and tend to become impatient … Read more