Did you know that one person in the United States of America sustains a brain injury every 23 seconds? (Source) Around 50,000 of these individuals will die annually following a Traumatic Brain Injury (TBI). Adolescents, young adults, and the elderly are at the highest risk of sustaining this injury (Source). 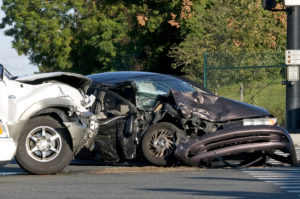 While car accidents contribute about 14% of the aggregate TBI cases in the US, they are the leading cause of TBI-related deaths among children and young … Read more

I Was a Passenger in a Car Accident, What Are My Rights?

When car accidents happen, the at-fault party must be identified so that all injured parties can receive compensation for their injuries. In 2017, North Carolina saw over 81,000 car-related injuries and over 1,400 deaths. South Carolina was the third-worst state in the union behind Mississippi and Alabama for car crashes in 2016, with 20.5 deaths per 100,000 people. Why Do Most Accidents Occur So Close to Our Homes?

It’s an oft-repeated statistic, but it’s one that’s held true through the years: the vast majority of car accidents happen within a few miles of our homes. Usually, the idea is to advise caution on every trip, no matter how close by it is. But that factoid also raises so many questions. Why do so many accidents happen close to the home? What factors make it more likely? And what can I do to reduce my risk of a nearby … Read more

What Happens When a Medical Condition Causes an Accident

Determining fault in a car accident can be one of the biggest points of contention during a personal injury case. When a crash happens and a driver is drunk, on drugs, breaking major traffic laws by speeding or running stoplights, or otherwise obviously and egregiously neglecting their duty to drive safely, it’s likely a court will determine that they were at fault without needing to spend a lot of time deliberating. This doesn’t mean that these cases can’t be complicated, … Read more

Top Three Causes of Car Crashes in the U.S.

Driving is central to life in the United States. Without the ability to quickly get from point A to point B, just about every component of modern life would be vastly different. Unfortunately, the convenience and comfort of driving a vehicle come with the chance of injury or death from a car accident. Over a million people in the U.S. die in car accidents every year, and 20 – 50 million are injured on the top of that. Despite … Read more

Why Are Accident Related Deaths on the Rise When Traffic has Decreased in NC?

The Charlotte Observer is reporting that North Carolina road traffic is down substantially since the Governor’s stay at home order took effect. Highway traffic during the coronavirus pandemic is down 40% to 50% in North Carolina, according to the state Department of Transportation. At the same time, this recent news article is also reporting that fatal accidents are not significantly down as we would expect them to be. Through May 8, there had been 408 fatal vehicle crashes in North … Read more

Deadly Car Accidents Continue Even with Fewer Cars on the Road

If you are like many others, driving all the time is something you did before life changed when Covid-19 hit our country. Because so many people are either not working or working from home, traffic volume is way down across the United States. While the roads are far from empty, the number of cars on the road is down across the board, creating easier commutes and something you may not expect – no decline in fatal traffic accidents. With … Read more

Depending on your individual situation, you may or not be driving very much due to Covid-19 and the work and school restrictions that have brought much of our world to a halt.  If you have been at home and away from our usually very busy roads, you may expect that the roads would look fairly empty. While the roads are certainly less traveled than they were before Covid-19, please do not think that they are barren, and please do not … Read more

The pros and cons of Apple’s new CarKey feature In the early 2000s, luxury car makers began producing automobiles that were missing something – a key.

Like many features that first appeared in luxury autos, the dash-mounted push-button start has now filtered down to more affordable models. According to the National Highway Traffic Safety Administration, only 5,000 cars had keyless starts in 20021; Ward’s Auto reported that by 2013 that number had jumped to 4.4 million, and that … Read more

Who Is Liable in a Car Accident Case Caused by a Minor?

Getting into an accident can be heart wrenching enough, so when an injured victim sees that the other driver involved is clearly under 18, they may be worried about their ability to obtain the full, fair amount of compensation for all their damages.

Making matters more troubling, drivers under 20 are twice as likely to be involved in a fatal crash compared to adult drivers. Car accidents are also the leading cause of death for teens in the United States.… Read more