A crash involving a commuter train and an SUV has turned out to be the deadliest in Metro-North Railroad’s 32 year history. According to officials a total of 15 people were injured, with seven people reported killed in the accident.

Investigators believe that the female driver of a Mercedes SUV may have gotten out of her vehicle to see what was hanging it up on the track.  The driver then got back into the vehicle and tried to move it … Read more

Posted In: Car Accidents, In The News, Insurance

Survivors in Deadly Bus Crash Return to Say ‘Thank You’

You may remember a tragic bus accident that made headline news about a year ago in Jefferson County Tennessee.  Recently, a feel good story was also covered for this tragic event.

Nine months post-crash, the twelve survivors of the deadly bus crash traveled back to Jefferson County to thank all of the first responders and doctors who assisted in saving their lives.  The scene this day was so much different than the panic and chaos of nine months past.  Today, … Read more

It seems like there are a lot of news stories today about violent shootings at schools and places of employment.  Definitely more stories than we would like to hear.  They have been reported throughout the United States and it’s scary that they can happen anywhere at any time.  Even Georgia is not immune from such violence.

With all the bad news it’s good to hear some good news about one of these stories.  The FedEx facility shooting in Cobb County … Read more 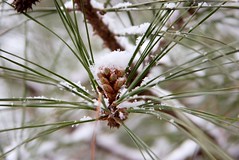 The roads were iced over, making it difficult for drivers in eastern and central North Carolina. The ice and snow didn’t just hit North Carolina.  It was widespread all over … Read more

Man in Coma after Assault

When grief and pain strike a person, they can react in very unusual ways. Sometimes these acts are criminal. One of the classic phases that a person will enter is anger over what happened. That’s what may have happened in a case in Charlotte earlier this week that has one man fighting for his life in a coma.

Two room-mates were living together near Harrisburg. One of the room-mate had died earlier that day in an overdose. That man’s brother … Read more

Recently, an 18 year old Asheville teen dropped his cell phone onto the floor board of his car. As he leaned down to retrieve it, he lost control of his car and plunged his vehicle 150 feet down a sharp slope. He and his 19 year old friend were ejected from the car, causing serious injury to the friend in the passenger’s seat.

A woman from Person County was killed last week after her car crossed the center line into oncoming traffic. She collided with a truck carrying a teenage driver and three passengers who were taken to the hospital for non-life threatening injuries. Authorities closed the North Carolina road for several hours to investigate, but the cause of the crash remained unknown at the time of the reporting. Head on collisions, like the one described above are terrifying and can cause substantial … Read more

In early February the North Carolina driver of a moped was killed when he merged into the left lane of traffic, behind a semi tractor-trailer. His moped clipped the tail end of the trailer and lost control. The moped driver was not licensed or registered, but under current North Carolina law you do not have to be registered or insured. The North Carolina General Assembly is considering a bill that would require moped owners to register their moped and carry … Read more

Are You Really Covered

Often times, people who think they have adequate insurance learn otherwise after being involved in an accident. Some will purchase auto insurance based on price alone, and following an accident, may find they still have significant out of pocket expenses. Unfortunately, insurance agents don’t take the time to explain different coverage options or the drastic effect that selecting the wrong coverage could have on you or a family member. Below, we discuss the different types of coverage that are available … Read more

You Are Not In Good Hands With Allstate A study conducted by the American Association for Justice (AAJ) found that among the worst insurance companies in America, by far, Allstate was the worst. This study looked at thousands of court documents, SEC and FBI records, state insurance department investigations and complaints, and testimony and depositions of former insurance agents and adjusters.

In the words of Allstate’s CEO, Thomas Wilson, “Our obligation is to earn a return for our shareholders.” That mission statement, adopted over a decade ago, lead … Read more