Why School Buses are the Safest and Most Eco Friendly Option In the last months of school in North Carolina, there were a few reports of different school bus accidents. Though dozens of car accidents happen in the state every single day, it is the unexpected ones, like those involving school buses, that garner the most attention. Though they are not very common, these kinds of accidents can be pretty deadly. After all, children are almost always the victim.

Though they are pretty rare, school bus accidents involving other cars … Read more 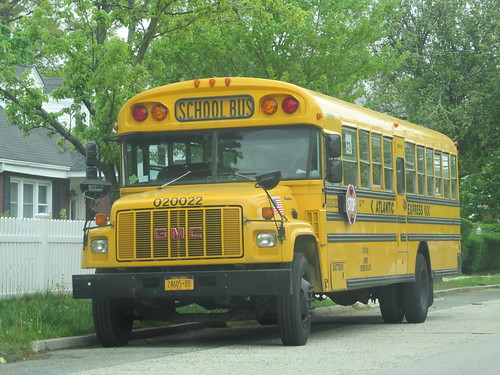 You put your children on the school bus in the morning and barely give it a thought. Your children have been riding the bus to and from school for years without incident. Imagine getting a phone call that your child was not only involved in an accident while riding the bus, but taken to the hospital with injuries.

That scenario played out for the parents of eight Broughton High School students on November 4, 2014. 25 students in total were … Read more

A 2-ton box truck driving too fast around a bend in the road crashed into a school bus that was stopped with its red lights flashing. Fortunately for the student waiting to board, the bus driver saw the oncoming truck and did not open the doors, preventing the student from boarding. That student told police he saw the bus propelled forward 40 feet as he was nearing the bus to board.

Sixteen of the students onboard were rushed to Carolina … Read more

Eighth grade students from North Asheboro Middle School were headed to the North Carolina Museum of History and Natural Sciences on Monday when the driver of one of their school buses caused a wreck. Driver Boyce Goldston was charged with Failure to Reduce Speed as Necessary to Avoid Colliding with Another Vehicle. Two other buses had stopped at a red light when they were rear-ended by the bus driven by Goldston. A fourth bus was not involved.

It is the … Read more Under North Carolina law, motorists are required to stop when a school bus is operating flashing red lights or has its mechanical stop sign displayed. The only time a vehicle is not required by law to stop is when a vehicle … Read more

Five middle school children were recently injured when their bus rear-ended an SUV. Driver, Charles Wynn, was found to have a blood-alcohol level of .20, which is five times the legal limit for the operator of a school bus. He was charged with DWI of a Commercial Vehicle, Operating School Bus after Consuming Alcohol, and Driving While Impaired. His license was immediately revoked and a trial is set for August 12, 2010 for the outstanding charged.