Why is North Carolina stalling the 2021 Hands Free NC Act? What does this mean for drivers?

Did you know that over 18% of all car accidents in North Carolina involve a distracted driver?

Distracted driving is a serious and growing threat to road safety in North Carolina. However, a new senate bill—known as the 2021 Hands-Free NC Act—is trying to help solve the problem. If passed, the 2021 Hands Free NC Act will make it illegal to use hand-held phones while driving.

However, legislators predict the bill will be pushed out to 2022—another stumbling block … Read more 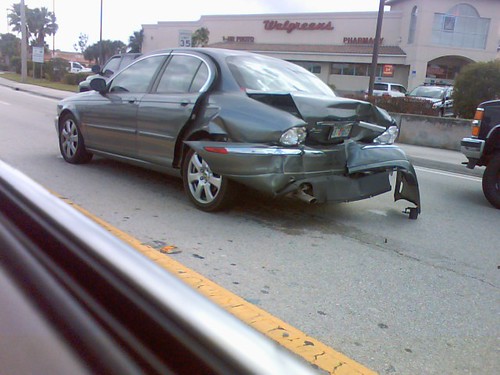 When you are involved in a car accident, you experience consequences beyond a damaged vehicle. You may experience temporary or permanent injuries, a loss of income, or any number of unexpected, frustrating consequences.

While many causes of car accidents seem obvious, this list is aimed at all drivers, new and experienced. Whether you just got your license or have been driving for decades, this list serves as a reminder to the causes of accidents and how you can avoid causing … Read more

The pros and cons of Apple’s new CarKey feature

In the early 2000s, luxury car makers began producing automobiles that were missing something – a key.

Like many features that first appeared in luxury autos, the dash-mounted push-button start has now filtered down to more affordable models. According to the National Highway Traffic Safety Administration, only 5,000 cars had keyless starts in 20021; Ward’s Auto reported that by 2013 that number had jumped to 4.4 million, and that … Read more

It’s no mystery that Americans have an unhealthy obsession with their cell phones. But while most us know that texting while driving is dangerous, we just can’t put our phones down when behind the wheel.

Maybe that’s because many of us have false ideas about what constitutes distracted driving, how risky it is, and our own abilities to multitask.

Think you know everything there is to know about distracted driving? Check out these myths and we’ll see if that’s true:… Read more

Comparing Charlotte NC’s Car Accident Stats to the Rest of the State?

In terms of overall traffic-related fatalities, Charlotte, North Carolina’s Mecklenburg County ranks first — or last, depending on how you look at it. The most populous county in … Read more

What Evidence Should You Collect at a Car Accident Scene?

Evidence is the backbone of any injury case, and having solid evidence could mean the difference between your claim succeeding or not. While you do have several top priorities after your accident — such as calling the police and seeking medical attention for all hurt parties, including yourself — documenting the accident scene as soon as possible falls right in after those in terms of importance. This evidence typically includes photos, eyewitness testimony, detailed notes, official documents, and anything else … Read more

How Bikers Are Affected by Distracted Driving

A common riding safety viewpoint often expressed to motorcyclists over the past decades has been to tell them to ride like they are a target for everyone. It is almost like saying to bikers that they should assume that other vehicles are out to get them (even thought that is not remotely true). The point of all of this kind of talk is to try to make bikers remember to always drive defensively. This advice is not new, but even … Read more

Driverless cars will soon be coming to a market near you. Do you think that statement is false? Think again. The technology is there, even if the interest of the masses isn’t. But what will driverless cars mean for America? Sweeping changes could be the answer to that question. Here is what we may be able to expect.

Without humans behind the wheel, much of the risk factor involved in driving is eliminated. Estimates of just how many … Read more

Posted In: Distracted Driving, Drunk Driving, In The News