Who Is Being Targeted by Charlotte Checkpoints?

CHARLOTTE, N.C. – If you live in Charlotte or any of the surrounding areas, chances are high that you have seen the flashing lights of a DWI checkpoint. These targeted areas of enforcement are put in place to get drunk drivers off of the street and they do just that. But who is being targeted by these checkpoints?

Survivor Still Recovering from Accident that happened three years ago 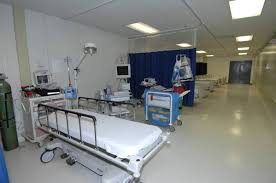 L’Hon Siu’s son Khai Cook is “recovering each day” according to his grandmother, Lorna.  “Its going to be a lifelong journey”, she stated to reporters.  Cooke is a survivor in the automobile accident that took the life of his mother H’Luon Siu nearly three years ago when Eric Cox drove through a red light and collided with the vehicle that H’Luon was driving.  Cox, who had already had one drunk driving conviction on his record, was found to be … Read more

One Killed, One Seriously Injured in Single Car Accident Caused by Speeding

About one in three fatal crashes are caused by excessive speeding.  According to the National Highway Transportation Safety Association (NHTSA) it is the third leading contributing factor to traffic crashes.

In Charlotte, speed seems to be the factor in the death of a 24-year-old driver.  Reports indicate that Yoan Alberto Hernadez Tosca was driving a Honda Accord through traffic at a high rate of speed on Sunday afternoon when the driver over-corrected and lost control of the vehicle.  The car … Read more

Since 2009, texting while driving has been illegal in North Carolina, but that did not stop one local woman. On February 8, a Belmont woman was charged with second-degree murder for the death of an elderly Belmont woman, and has been charged with texting while driving and driving while intoxicated, according to WCNC Charlotte. The driver was operating her 1999 GMC Jimmy SUV when she hit a 75 year-old pedestrian with. According to witnesses, the woman was dragged down the … Read more

Update Alcohol Was Factor In Crash

On March 15, our North Carolina car accident lawyers reported to you about a tragic fatal accident in which the unidentified driver of a pickup truck crashed into the rear of a tractor trailer truck parked off the side of I85.

We now know that Hipolito Torres Galicia has been charged with Driving While Impaired, and 2 counts of Felony Death by Vehicle. His immigration status has not been released.

It is no secret that St. Patrick’s Day is one of the biggest party nights of the year, particularly for young adults. Drivers in the 21 to 24 year old age group are responsible for more fatal car accidents with a blood alcohol concentration of .08 or above, than … Read more

A drunk driver was killed and 6 other people were injured in a Charlotte, North Carolina car accident on Saturday. According to witnesses, David Cleary was seen weaving and speeding before he crossed the center line into oncoming traffic, striking another vehicle. Cleary’s passengers, his girlfriend and her young children, were seriously injured in the crash. The driver of the car that Cleary hit, Richard McDonald, also had children in his car and he was also charged with Driving While … Read more