Home › Blog › Blog › The Dangers of Boating at Night

The Dangers of Boating at Night 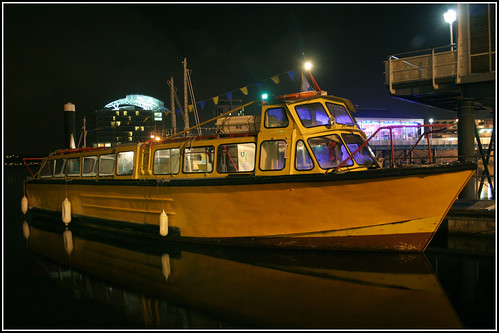 When driving a car at night, lanes are marked and you know that you and every car around you is limited by the road they’re driving on. You can see headlights from oncoming and following cars, the taillights of cars in front of you, and everyone is required to wear a seatbelt and drive the speed limit.

While boating at night, you lose every one of the aforementioned advantages: it is very difficult, if not impossible to see where you are going, you will likely not see objects on or just below the surface, lights from other boats may or may not be visible, you don’t know where other boats may be travelling and in what direction, you may not know where to look for head/taillights, and you aren’t required to wear a seatbelt or drive at any particular speed. The only thing protection you have is the vastness of the waters you’re on and laws preventing boating under the influence of alcohol or drugs (BUI).

This past 4th of July, the dangers may have been overlooked, and a boat collision affected 22 passengers, killing 4 and injuring others.  Following a fireworks display off Dinner Key Marina in Florida, a boat traveling at a high rate of speed collided with 2 other boats.

“This is probably the worst accident I’ve seen in my 11 years,” said Wildlife Conservation Commission official Jorge Pino.  Investigators speculate that the boat was racing back to shore to beat the heavy traffic of boats that would be returning to the marina following the fireworks display.

When officers arrived on scene, they witnessed 1 boat travelling at high speeds continuing to go in circles without a driver. Captain Burt Korpela of Atlantis Marine Towing and Salvage pulled up beside the boat and hopped on the driverless boat to bring it to a stop.

Pino said that there although there is no speed limit, there are statutes that define “too fast for conditions,“ but it is unclear whether or not speed played a part in the accident.

Also, toxicity reports have not been released for the accident yet, so it is still unclear whether or not any of the drivers was under the influence of drugs or alcohol, but alcohol was found on the boat responsible for the crash.

Compared to driving down the road, boating is an extremely safe activity, and very few people are harmed in boating accidents when they occur, but driving at night creates a plethora of problems, from propeller related injuries to boat collisions. Take care and pay extra attention when driving at night, for the sake of you and your passengers.

If you or a loved one has been injured in a boating accident, call Auger & Auger for a free consultation.